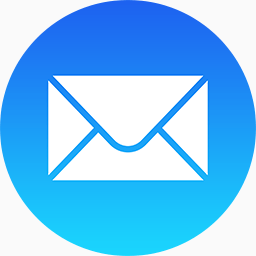 
Beautiful statue of Mary with child.
On the front of the pedestal it says 'Causa Nostrae Laetitia', which means 'cause of our joy'.

The statue is made in Belgium and is signed on the back of the pedestal with 'J Boedts'. At the bottom of the back it says 'reproduction interdite' which is French for 'reproduction prohibited'.

It is also considered a meditative image. The more you focus on her face, the calmer and happier you become. The happiness, the joy of the mother with her baby on her arm and the smile are unmatchable.

The statue was made by Jan Boedts.
The Belgian sculptor Jan Boedts was born in Tongeren in 1904 and died in 1973.
Boedts received his artistic training at the Abbey of Maredsous and in the academies of Liège, Paris and Florence, where he was the first student of Master Dante Sodini.
Back in Brussels, he became a sculptor for the Belgian court and received commissions from Leopold III of Belgium.
In 1932 he received the Prix de Rome for his composition 'Motherhood'.
The following year he made the busts of Professor Auguste Piccard and Prince Albert of Belgium.
In 1939 he designed and made the 7 symbolic figures (2.4 meters high) for the Court of Hasselt and gets various assignments for churches and schools.
From 1954 to 1960 he stayed in Africa Where he made large frescoes for the Residence of the Mwami of Burundi and for the Bujumbura Public Buildings Service. In addition, he makes a bronze bust of the first Minister Verwoerd and was awarded first prize for the design of Cape Town's public fountain.
In 1961 he returned to Belgium where, in addition to numerous portraits and exhibitions in Brussels, Spa and Leuven, he also made the National memorial of Father Damien in Tremelo in 1963.